United States – California – San Francisco – Out where the West Begins 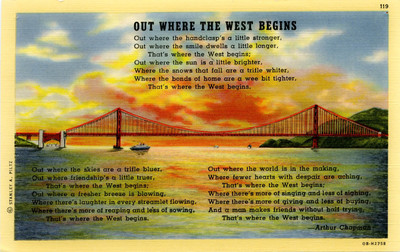 One linen postcard with a divided back. The postcard was published by the Stanley A. Piltz Company in San Francisco, California.