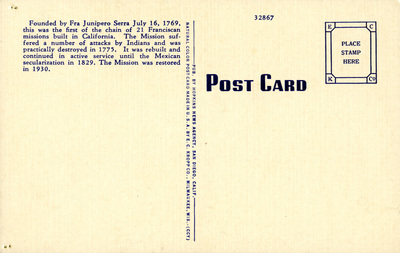 Founded by Fra Junipero Serra July 16, 1769, this was the first of the chain of 21 Franciscan missions built in California. The Mission suffered a number of attacks by Indians and was practically destroyed in 1775. it was rebuilt and continued in 1829. The Mission was restored in 1930.